The Reverence Hall has a white-marble statue of Zhou Enlai and Deng Yingchao standing face the gate, named “Filling Love in the Country”, with a giant tapestry “Vast Sea and Dissipating Clouds” as the statue’s background. The relief on the side walls depicts the historical scenes of May 4th Movement, Nanchang Uprising, Long March of Red Army, Xi’an Incident, the founding ceremony of People’s Republic of China and the nation-building. 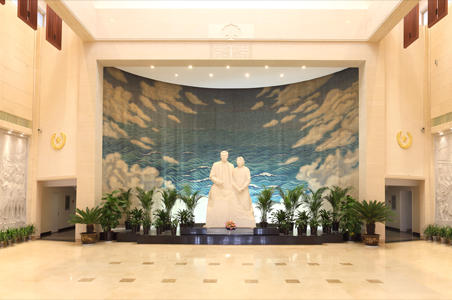 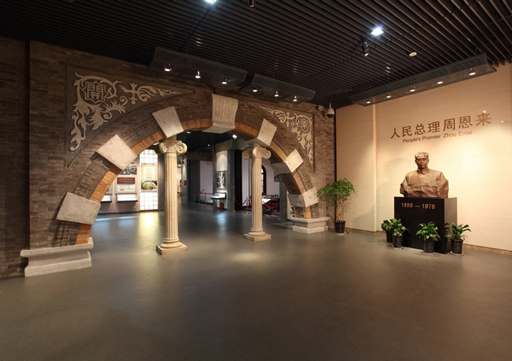 Zhou Enlai was born at the end of the 19th century when China was being suffered from within and without. So, Zhou was determined to strive for the rise of China ever since his early age. He led the famous May 4th Movement, a patriotic student movement against imperialism and feudalism, when he was studying in Tianjin. Later, he went to Japan and Europe in turn to seek truth in order to rescue and strengthen his motherland. After years of study and comparison, Zhou finally dedicated to Communism and said, “I will never change my faith and will do my best to let people know it.” 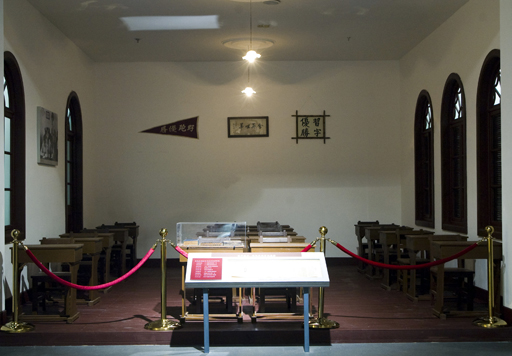 Make Contributions to the Liberation of Chinese People

In the history of Chinese revolution, Zhou Enlai’s contributions are unforgettable. He was one of the leaders of Nanchang Uprising and one of the founders of the People’s Army after the failure of the Great Revolution in 1927. He supported Mao Zedong at Zunyi Conference that helped to make the Long March of the Red Army a great success. When the Red Army arrived in Northern Shaanxi Province, Zhou, working under the Central Committee of the Communist Party of China (CPC), helped to solve Xi’an Incident peacefully and promote the formation of anti-Japanese national united front, which he endeavored to strengthen and extend in those areas controlled by Kuomintang (KMT) in the Anti-Japanese War. In the Liberation War of China, he spared no effort in assisting Mao Zedong in commanding the Three Great Campaigns and establishing the new China. 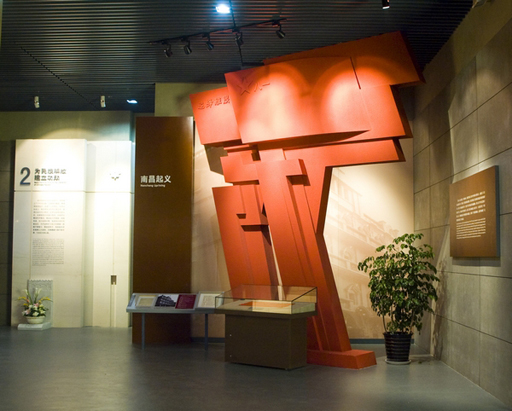 Spare No Effort to Promote the People’s Well-Being

Zhou Enlai had served as the Premier of the People’s Republic of China for 26 years. In those years, he spared no effort in serving the people, which won him respect and love from people across the country. During the establishment of the new Chinese government, he managed to get support from people from all walks of life, which provided a solid foundation for the construction of Chinese society and the consolidation of new China. As the first foreign minister, he made great achievements in creating an international environment favorable to China’s construction and in promoting world peace and human development. During the Cultural Revolution, he did his best to keep order in the critical situation and turn the tide. He will always stand as a monument in the hearts of the people because he had dedicated his life to his country and people. 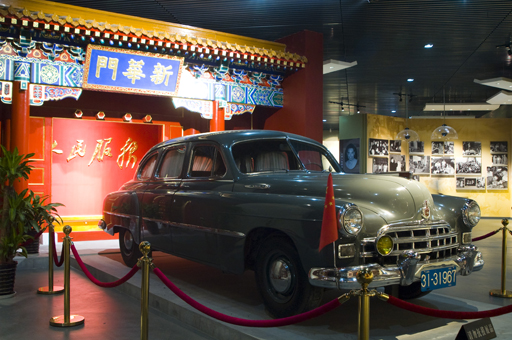 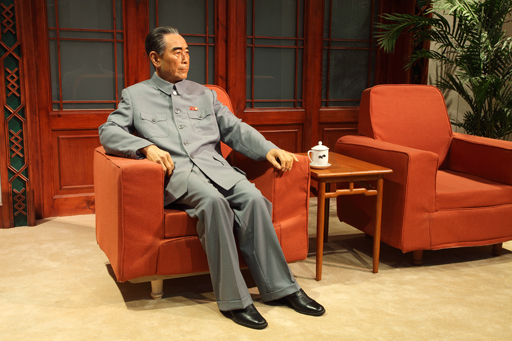 The Years of Chinese Revolutionary War

Involvement in the May 4th Movement

Deng Yingchao was born in the late Qing Dynasty. Her father died when she was only a child and Deng drifted around with and grew up under the profound influence of her mother who was a good example of self-reliance and self-support. Deng committed herself to the great cause of national liberation at an early age, vowing that she would “bolster the spirit of the nation and strive for the nation’s progress.” In 1919 when the May 4th Movement broke out, Deng, a 15-year-old girl, as one of the initiators of Tianjin Women’s Patriotic Comrade Association, took an active part in Tianjin student movement by organizing speech groups to publicize the patriotic ideology. Later on, Deng, along with Zhou Enlai and other progressives, co-founded the Awakening Society and became one of the key leaders of Tianjin student movement. 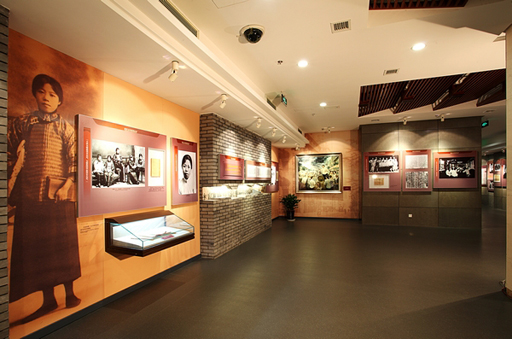 After graduating from the Zhili No.1 Women’s Normal College, Deng Yingchao took an active role in social activities while working as a teacher. She initiated progressive women associations such as Ladies Star Society, and helped publish journals on women issues so as to publicize the thought of women liberation. Meanwhile, she did her utmost to fight for and protect women’s rights. She joined the Chinese Socialist Youth League in 1924 and was admitted into the Communist Party and appointed as the Minister of Women of CPC Tianjin Committee a year later. Since then, she devoted her whole life to the great cause of women liberation in China. After the Anti-Japanese War broke out in 1937, Deng Yingchao, serving as one of the CPC representatives, was actively involved in the anti-Japanese national united front in KMT-controlled areas by uniting men and women from all walks of life to resist the Japanese invasion. Soon after the war, Deng devoted herself to the cause of domestic peace, traveling in Chongqing, Nanjing and other areas, publicizing the CPC’s proposition of the peaceful founding of new China. During the Liberation War, Deng went to rural areas to lead the women’s movement and to take part in the land reform in the liberated areas. In 1949, the year the People’s Republic of China was founded, she guided the preparation for the First National Congress of Chinese Women, pushing China’s women liberation movement forward into a new era. 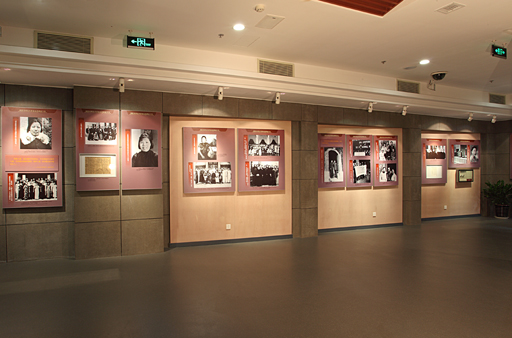 The Periods of Construction and Reform

Leading All the Women in the Construction of China

After the founding of the People’s Republic of China, Marriage Law, the first legislation of new China and drafted under Deng Yingchao’s chair, was promulgated and put into effect. Deng was both a drafter and an adamant advocate of the Communist Party’s principles for women. She led women in the socialist construction, attached great importance to the protection of women’s rights and interests, and helped the women out of their difficulties. She was also among the earliest to propose the birth control policy to the Central Committee of the Communist Party of China (CPC). She went to rural areas, factories and schools to investigate the working and living conditions of women, encouraging them to be self-reliant, to be good learners of knowledge and to devote themselves to the great cause of national construction. As a councilwoman of Executive Committee of the International Democratic Women’s Federation, Deng Yingchao did promote Chinese women’s international status and enhance friendship with women of other countries so as to push forward the world’s peaceful movement. Deng made outstanding contributions to the world women’s movements through her extensive connections and exchanges with foreign women organizations, active involvement in international conferences and activities on women issues, and receptions of visiting female representatives of various countries. Therefore, she was highly appreciated and esteemed by the women worldwide by virtue of her prowess. 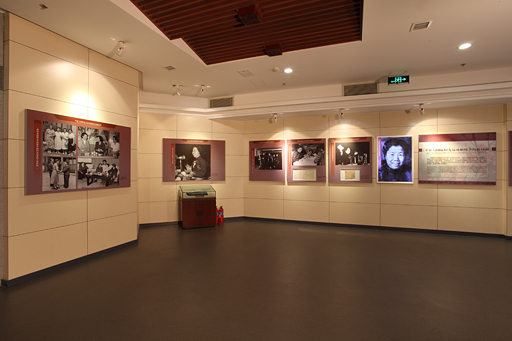 In June, 1983, Deng Yingchao was elected Chairwoman of the 6th CPPCC National Committee. Although she was no longer in charge of the Women’s Federation, Deng still put women liberation on the top agenda, encouraging women to increase their political awareness and self-cultivation so as to contribute to the utmost to modernization and reform program. In addition, she highlighted the importance of studying the experience of women’s movement and thus laid a solid foundation for the research on its history. Deng showed her strong affection for the women’s work, which was her lifelong career. More than once did she express this idea by saying “My care and responsibility for women will continue to the last minute of my life.”